When discussing Roli, I noted that the game missed the genre constraint while still creating a complete, playable game. D[e]ad: Trading Card Roguelike (henceforth D:TCRL) has the opposite problem of trying to do too much during the time constaint, which results in an incomplete game. 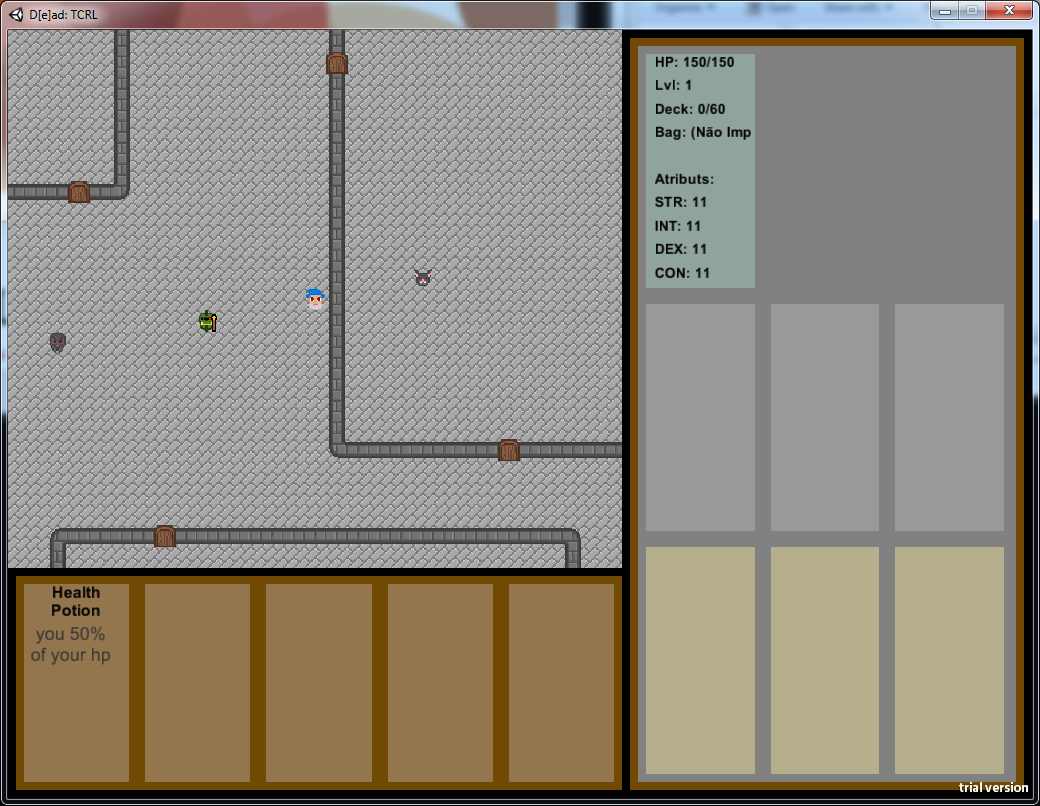 The documentation on D:TCRL is nonexistent, which is especially problematic for games trying to take novel mechanical approaches. Movement relies solely on the numeric keypad with 5 waiting a turn. The space bar centers the display on the player's character. The view otherwise automatically centers on the player after moving a few tiles away from an edge.

The brown rectangles at the bottom work as the player's hand and correspond to the main keyboard's numbers 1-5. Some cards are one-use items, such as healing potions, while others when used are equipped in one of the three light gray/purple rectangles on the right. The yellow rectangles in the bottom-right store stat-changing cards that are not equipment. Descend stairs by pressing >. 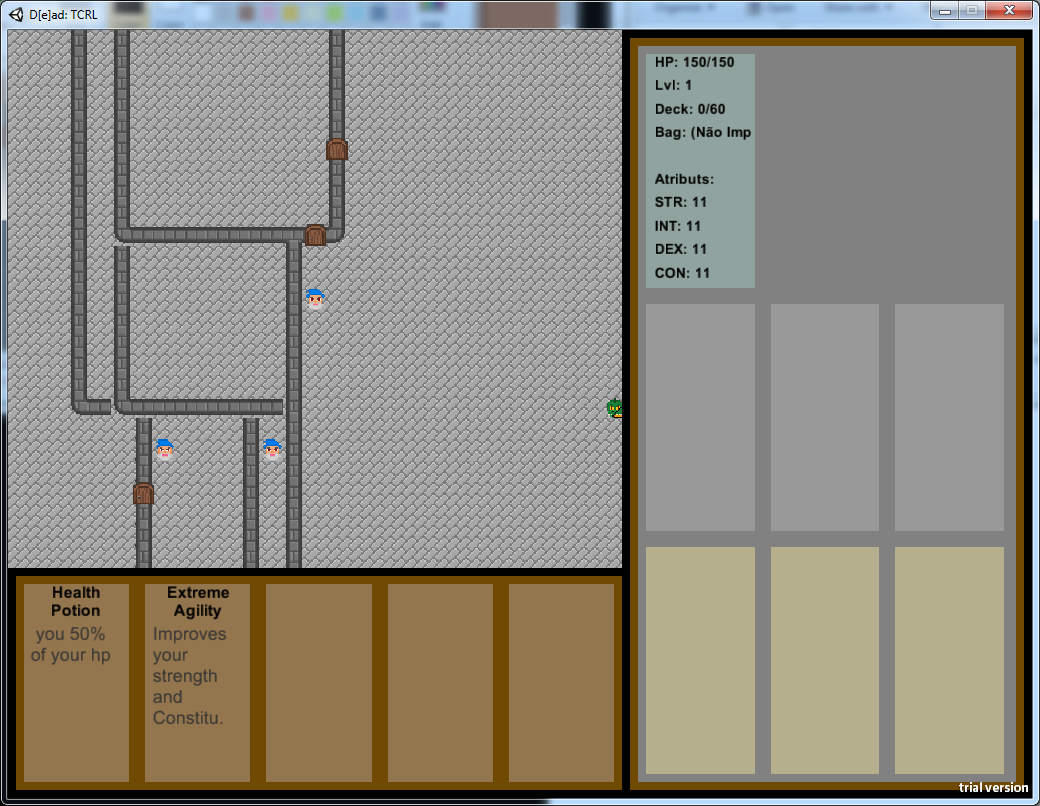 I encountered numerous game-breaking bugs while playing, from rendering issues to the game freezing when attacking creatures who seem to lack an AI. The variety of creatures behaved identically, beelining toward the player and attacking. The game provides little feedback during combat, only showing the HP value in the upper-right decreasing. When the value becomes negative, the game resets—again with no feedback other than refreshing the screen.

Blending a trading card game and a roguelike could be very interesting, and I've enjoyed TCG/RPG hybrids in the past from MicroProse's Magic: The Gathering to From Software's Rune. But interesting TCGs have a rich general system with cards that alter that system in interesting ways. Similarly, roguelikes use a number of systems to create their play experience, generally including procedural content generation, AI, and clocks.

Trying to develop all these systems and the data necessary to drive them is a serious undertaking and one that D:TCRL's developers failed to achieve. Limiting the scope would have helped them succeed, and I hope they'll do so in their next attempt.