NoirRL has a great premise: You're a detective, and just after starting you learn your brother has been kidnapped. 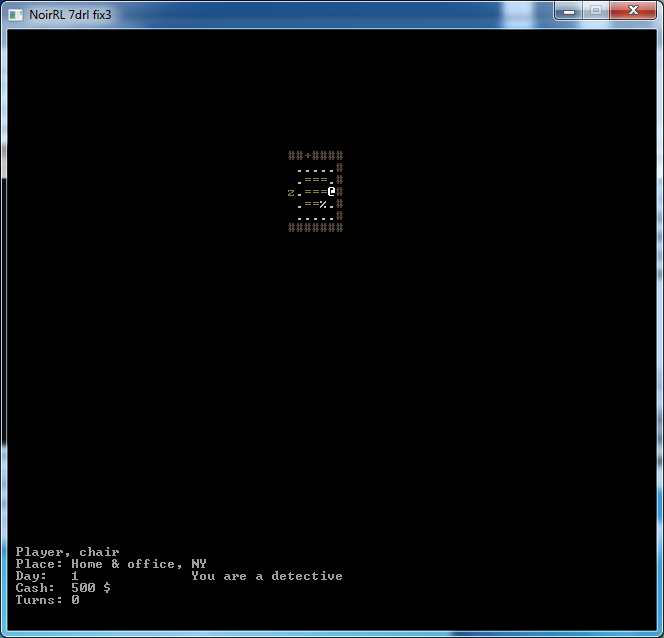 I didn't have much success actually playing, as my keypad input was frequently ignored for non-movement actions, and I was unable to talk with NPCs. Further, I wasn't able to determine what many of the characters meant without either a look command or a legend. Note that I tried the 7DRL version, and subsequent versions will likely address the bugs I encountered. 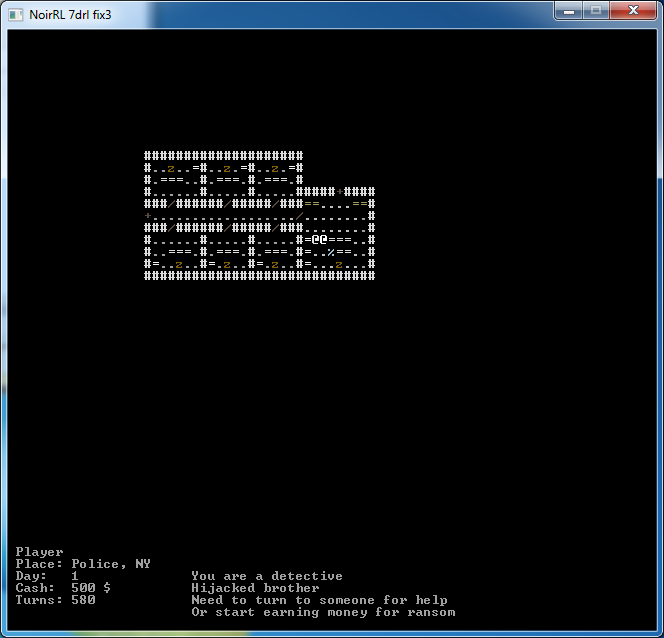 At the police station.