Roguelikes have a reputation for obtuse interfaces and a steep learning curve, particularly if one includes Dwarf Fortress. There's no reason for that to be the case, though, and smaller games such as Goblin Gold shine by providing an accessible introduction to the genre.

Starting a game of Goblin Gold.

In Goblin Gold, goblins keep their gold in chests, and the player is tasked with collecting each chest while fending off goblins who'd prefer not to share. Goblins understand that they're weak, though, and so run from the player if they're alone. Once a pair or more of goblins can launch an attack, though, they attempt to do so with mixed results. 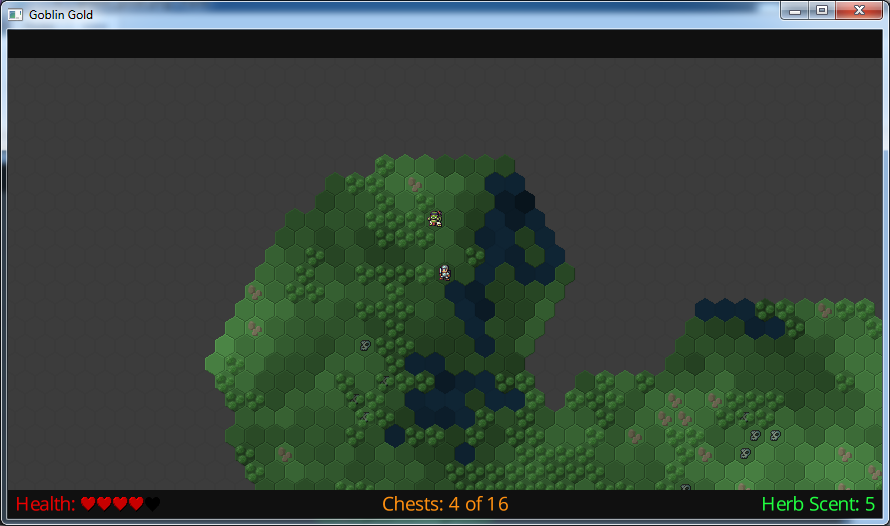 A goblin fleeing the protagonist.

Playing Gold to completion was relatively fast, and the game's graphics and simple animation are evocative of playing a board game. Completing the game comes relatively quickly after understanding how combat works and the interactions with the forest and rock tiles, but that's OK: The game doesn't overstay its welcome.

While playing, I couldn't help but feel a bit sad for the goblins. They're content to relax next to their chests until the protagonist comes rampaging through the land to steal their gold. Perhaps they can regroup in a sequel.