Namazu is a game I've been working on for a while, and I'm happy to finally release a prototype version for OS X and Windows. Here's what it looks like: 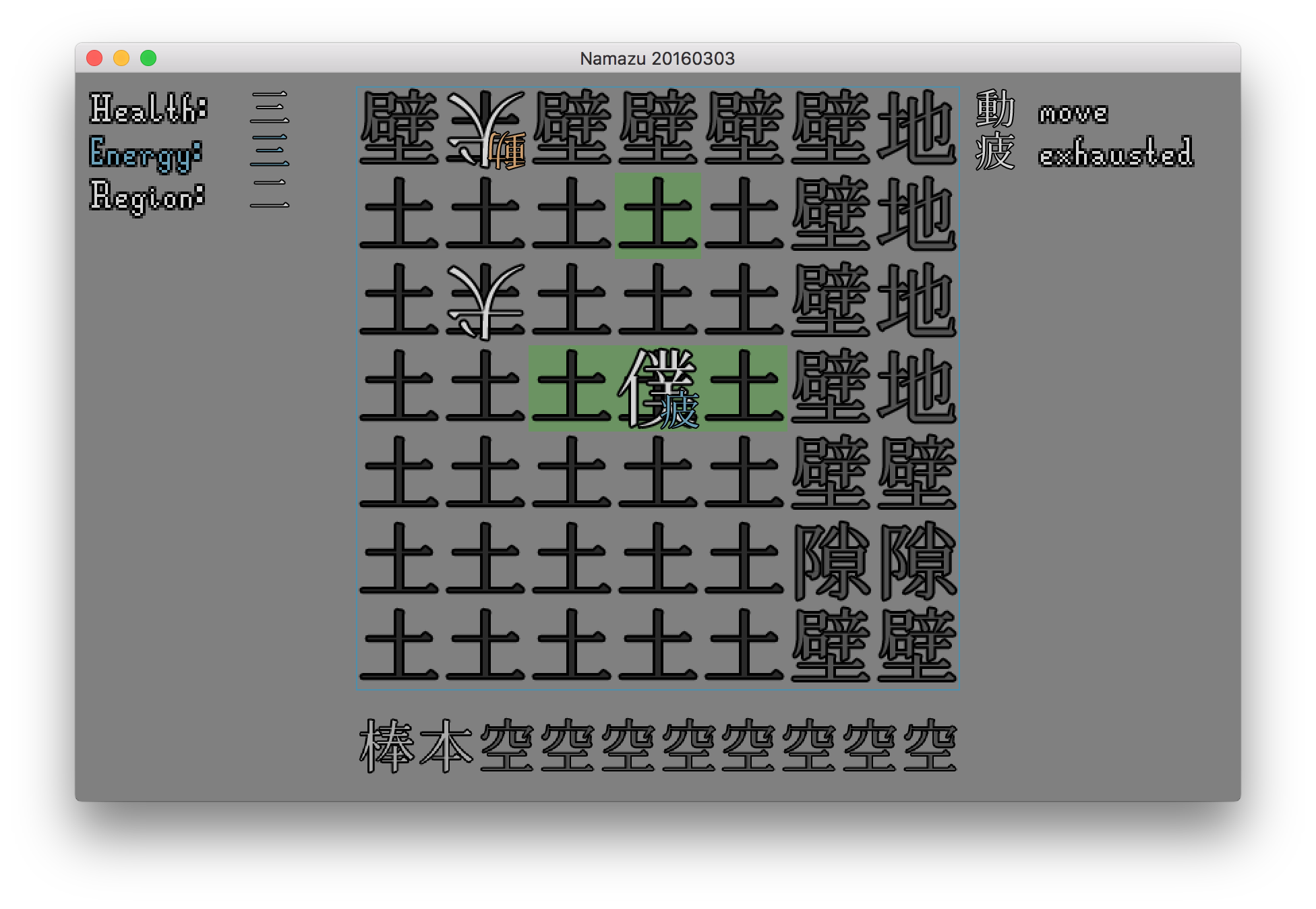 Two dogs advancing on the protagonist.

Namazu is the latest in a series of games looking at kanji learning through gameplay. Like Kunoichi, it uses a 7x7 viewport to display the kanji-based world and features a dynamically-updated kanji legend. Namazu also shares the rotational movement of Anoxic Depths, which I previously discussed in more depth.

Two features make Namazu a stronger game to support kanji learning, though. The first is the dynamic legend only displays a subset of kanji in the environment. New characters optionally take one of four books, each translating a different set of characters in the legend. In the screenshot above, the player has the book of mind that covers mental and physical state of creatures in the world.

Mental states are the second major feature of Namazu. The player has a chance to see what other creatures are planning with multiple levels of specificity. In the above screenshot, the player can see one dog is planning to move but wasn't able to determine how far or in what direction. But this works for the other creatures, too: They can sometimes determine what the player is going to do and react accordingly!

Namazu uses sequential decision making and simultaneous, phased resolution to support mental states. Creatures, including the player, first make decisions based on their current foresight. Each phase (movement, combat, waiting, and using items) then resolves simultaneously in that order.

This version of Namazu contains approximately 80 kanji. Let me know what you think after playing it (OS X • Windows)!