Classical roguelikes have a reputation for being hard to play. Not only do they have permadeath and pages of keyboard commands, they also represent the game world using ASCII: letters and symbols that ask players to imagine a period is a piece of flooring or the letter z a zombie. The player's character is represented by an at sign.

Rogue in ASCII from Wikipedia.

For experienced players, the representations are dense sources of information. The glyphs are often familiar and sport distinct shapes, making them readable at relatively small sizes. New players who don't have experience with ASCII representations, though, haven't built up the literacy needed to understand the screen yet. They have to ask themselves those existential questions, Who am I? Where am I? 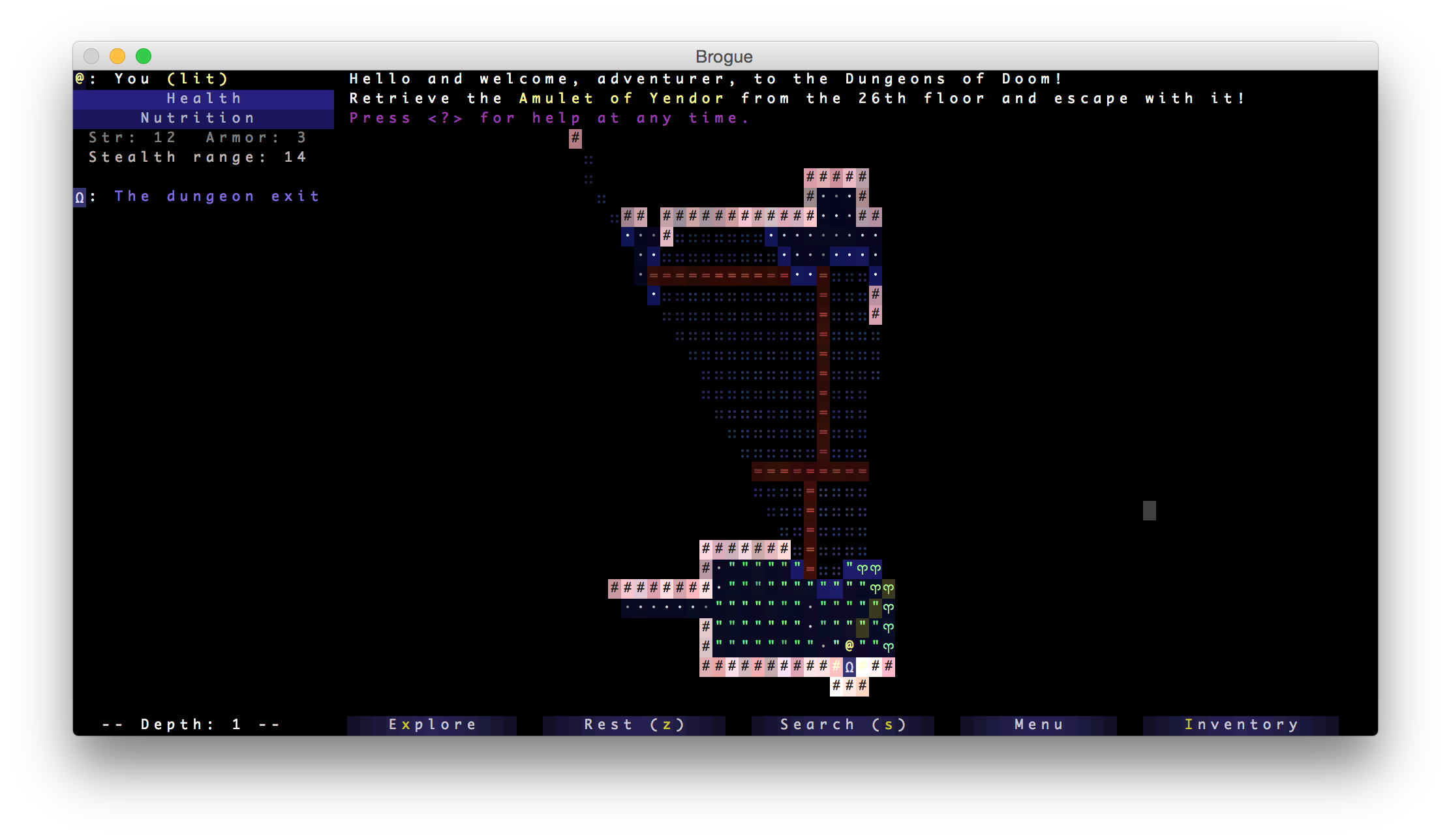 The start of Brian Walker's Brogue.

These are questions players will ask when playing one of my kanji-based games. Kanji aren't familiar to many native English speakers. Being unfamiliar and potentially consisting of many strokes cause their distinct shapes to blur together as the font size decreases or as the number of glyphs on the screen increase.

Kunoichi tried to address some of this issues. The glyphs are large, 64 pixels, and there's only a small number of kanji used in the game. The rooms are simple. Only three types of enemies exist. And the viewport is small to limit the number of glyphs displayed simultaneously. New players who play a few turns quickly learn what glyph represents them on the screen using the animated movement, field of vision, and legend.

But I still see potential players sit, look at the screen, and then stand up. When I ask, they shrug. They don't know who they are. Where they are. And that's something to improve for Namazu.