March consisted primarily of the 7DRL Challenge. The final reviews are out, and Anoxic Depths came in with a respectable 2.11 rating. I've been working on an improved version of it since then. 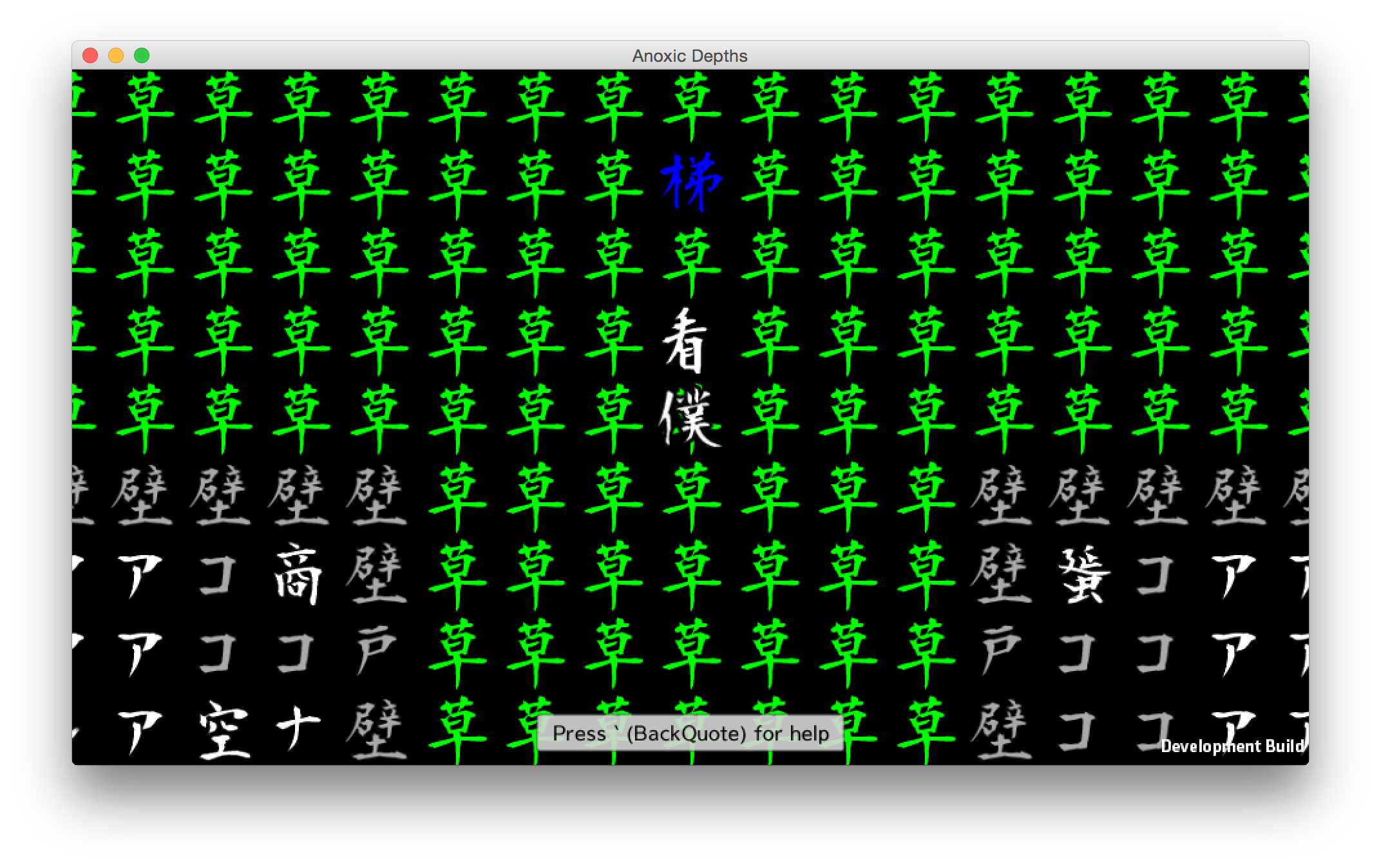 The starting location in the new version of Anoxic Depths. No more menu-based towns! 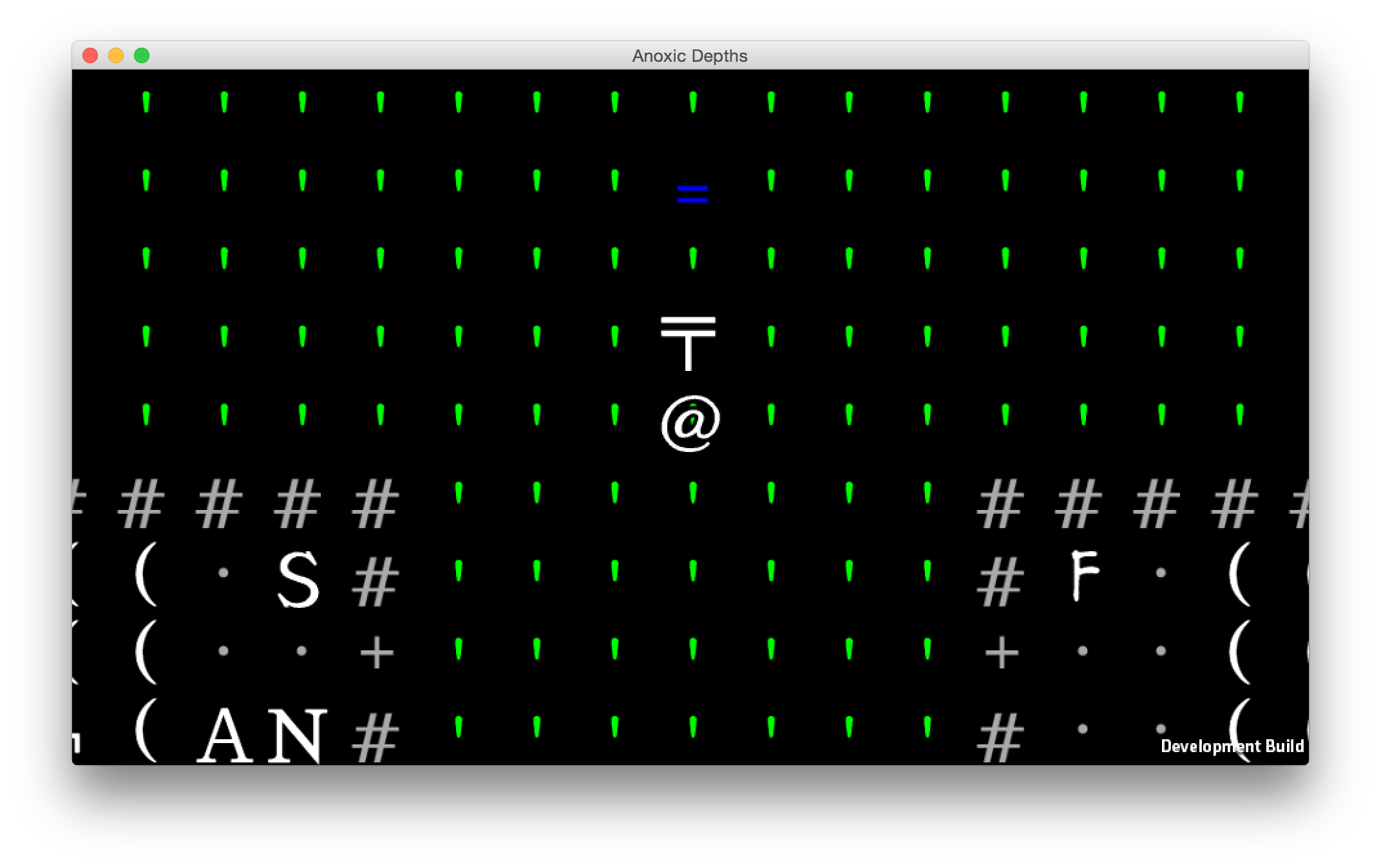 The same scene with ASCII tiles, which is configurable in-game.

And again with more iconic tiles.

On to the highlights during March and April:

Malleus Goblinficarium is yet another 7DRL, one that I narrowly missed reviewing during the judging. The dice combat works really well, I thought, and the minimal graphics give the game a charm I also appreciate.

Mark of the Ninja is a game I've been interested in playing, eventually purchased, and finally played and enjoyed. I tend to play stealth games without killing as much as possible, so it's great to see Mark support that playstyle, and the developer commentaries have also been worth reading while playing (though I'd prefer they come after the section they describe to prevent spoilers). The game does highlight a fundamental issue of stealth games, though: The levels and AI are designed to support people sneaking in and committing nefarious deeds as opposed to the much more secure compounds and tenacious AI of other games.

The Politics of Girls Drawing Manga is a short rant on how the art valued by many young women artists inspired by anime, manga, and manhwa is disparaged by the more male-dominated comics industry influenced by Western aesthetics.

Ursula Le Guin at 85 is an interview about her life and work featuring additional authors including Neil Gaiman. Full disclaimer: I have a signed autograph from Le Guin hanging on my wall, so this was a treat.

Designing Alchemy in a Puzzle Game describes the principles Plotkin used in designing Hadean Lands's alchemy system with its puzzles simultaneously, each informing the other. I enjoy seeing how developers listen to and change their games, and this is one such example.

The Design Space of Fountain Pens is a loving overview of fountain pens with a brief aside into inks and paper. I don't use a fountain pen regularly, but I feel more compelled to after this treatise.