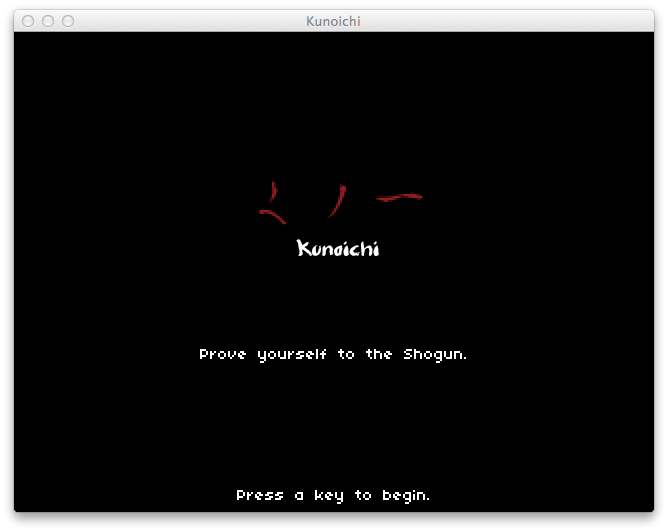 Play as a ninja seeking to prove her worth to the Shogun for later missions in Kunoichi. Use stealth or weapons to climb 10 floors and reach one of three main endings with additional challenges to provide legendary proof. 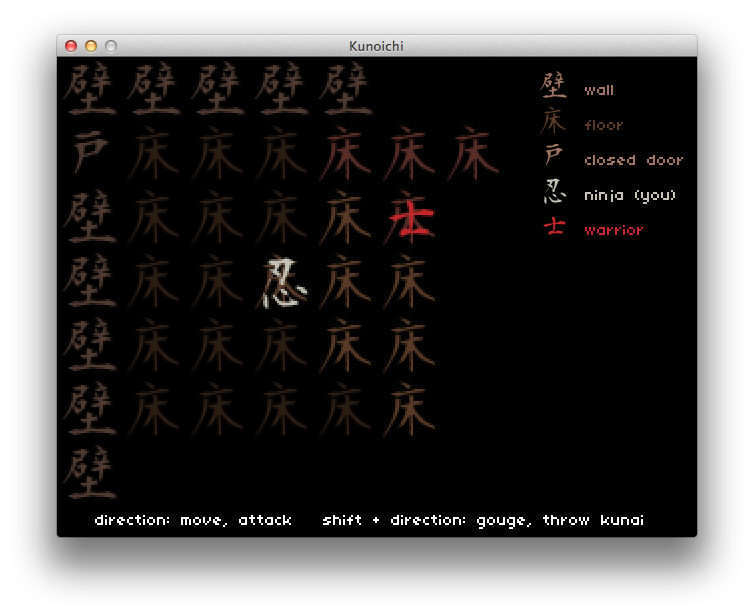 Use arrow keys, the numpad, VI keys, or even WASD to move. Holding shift while moving gouges an eyehole into nearby walls or throws your single kunai. As a ninja, you're only defeated if your opponents capture you on three sides. Pressing F1 or F2 will toggle muting the music and sound effects, respectively.

Kunoichi was mentioned on Roguelike Radio, and CrazedNaly has a Let's Play. The Indie Ocean named Kunoichi number 5 of his top 5 2014-7DRLs.