Didgerido is an idea I've had floating around for a while, but it took a one button game jam to make it work. It's a rhythm game for one or two players using animated autostereograms in matches by default. 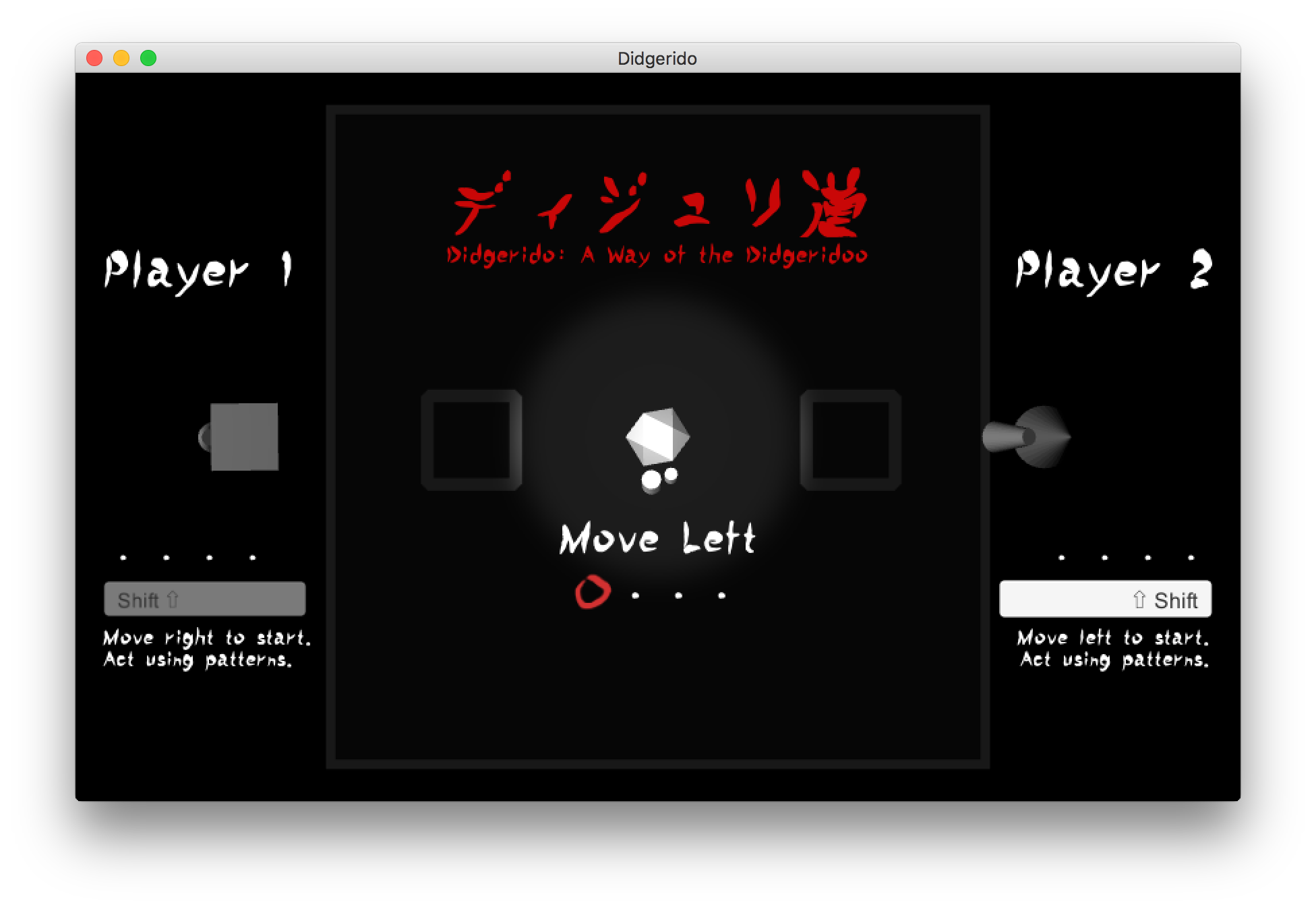 The simplest pattern in Didgerido.

Many rhythm games involve seeing and matching a specific pattern—Rock Band and Rhythm Heaven are two examples—and while this can be fun, it doesn't provide much room for players to express themselves in the game. More recent versions of Rock Band have sections where players gain points for rapidly hitting buttons regardless of the rhythm, which tends to result in players mashing buttons instead of attempting other forms of expression.

Another rhythm style is to perform actions based on a rhythmic pattern, with Patapon being an exemplar. Patapon frames this as a call and response: Players input a pattern to the beat and then their units repeat the pattern and carry out the action. Selecting a pattern to play affords more agency than simply following a pattern but doesn't afford any more rhythmic agency. That is, the pattern to advance is always the same, even though the player can choose not to advance in some situations.

There is a series that supported rhythmic agency while following an overall pattern: PaRappa the Rapper and related titles. Following the pattern allowed players to complete a stage/song, but improvising to the beat enabled players to show their mastery, and the game rewards this with a better score. With Didgerido, I wanted to do something similar but with the player entering commands (as in Patapon).

To do this, Didgerido internally quantizes each button press to 1/16th notes. Each beat has a 1/16th note tolerance, so the 1/16th note precedeeing the beat and the 1/16th note following it are all treated as being 'on beat'. Didgerido further ignores multiple on-beat input when tracking pattern input, which means that players have 3 1/16th notes in which they can improvise per beat. 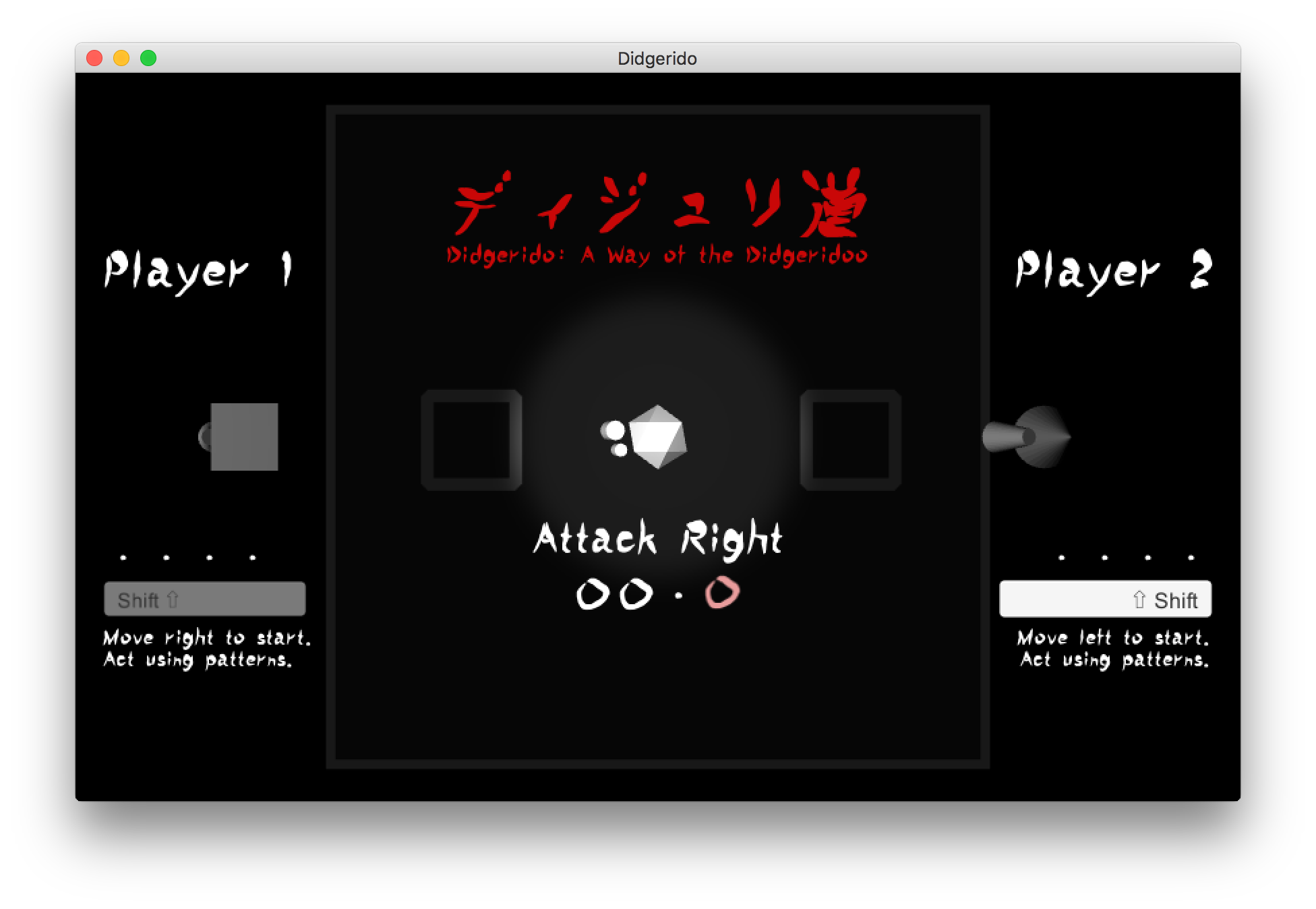 While there were a number of features I didn't have time to implement in Didgerido, I'm happy with how the rhythmic pattern input turned out. Download it here to give it a try. 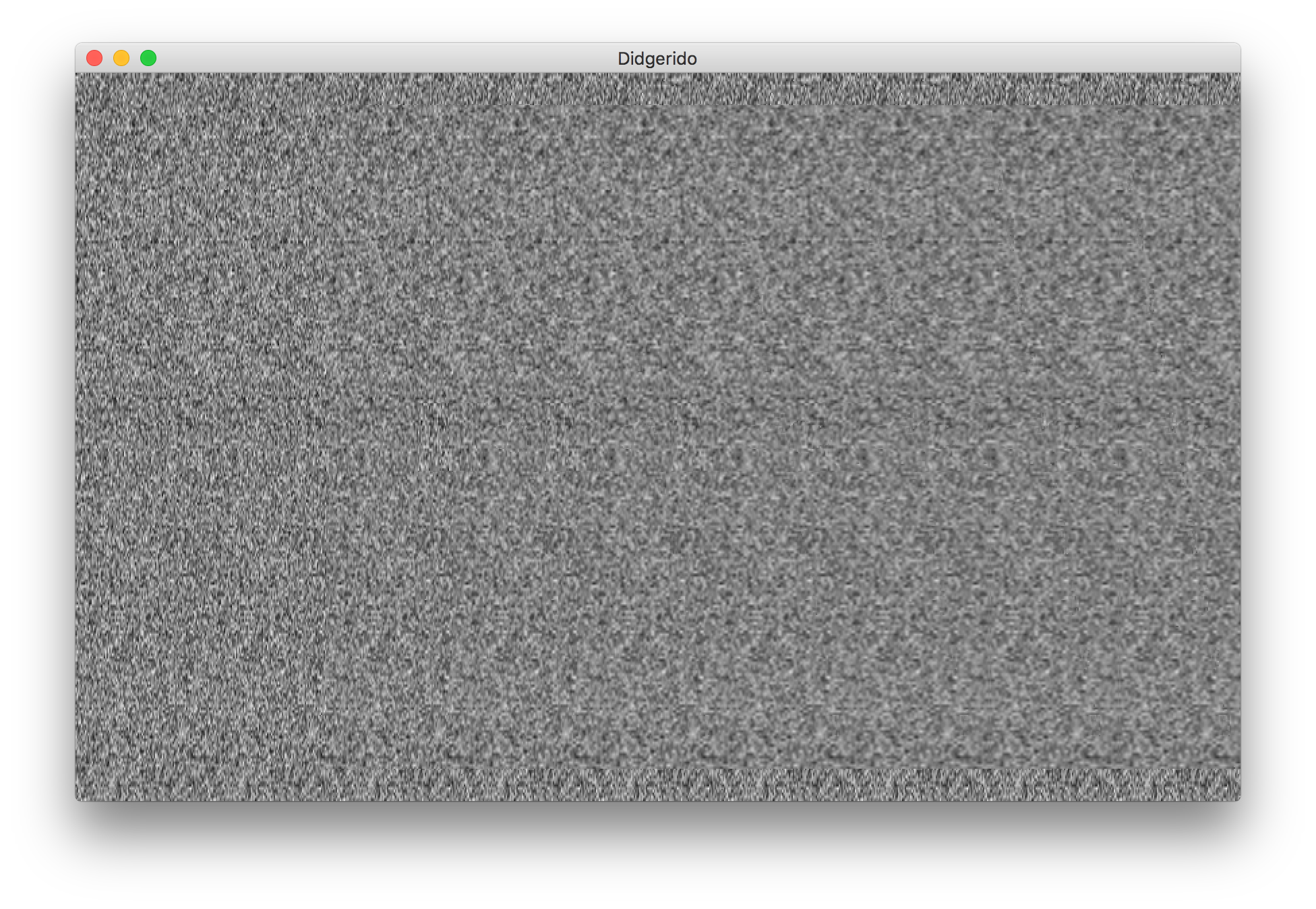 The default autostereogram (also known as Magic Eye®) match view. The newest version allows players to disable this if needed.