The first Trial of Oryx asked developers to create roguelikes for Windows using the Ultimate Roguelike Tileset. Rouge is my entry. 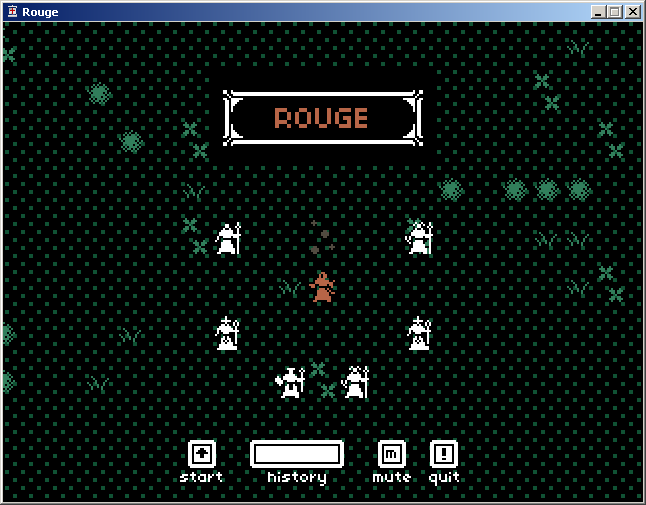 Rouge is a modeless, stealth-based roguelike. Taking place during the Inquisition, play as a heretic escaping from inquisitors. Move using the arrow keys and pass using the spacebar.

Rouge has been tested on Windows XP and 8.1 (download). It may require the Visual Studio 2013 libraries, available here. Rouge is also available for OS X 10.7 and above (download). It was developed using SDL2 and uses audio from freesound.org.

You may also be interested in the postmortem and Indie Statik highlights of the Trial.